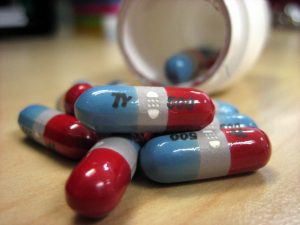 As your number one providers of acupuncture in Exeter we love to keep you informed on not only up to date acupuncture news but also exciting new ways acupuncture is being used to treat and combat all kinds of ailments. This month we wanted to give you some acupuncture insight on the new claims that acupuncture can be used as a successful painkiller.

Historically acupuncture has been used commonly as a reliever of pain in Asia especially, only recently being picked up as a technique in the UK and other parts of the Western world. So popular is the technique that the NHS have increasingly using the strategy as a way to combat lower back pain. Women in labour have also been offered the pain relieving capabilities of acupuncture.

So, what is the science behind all of this?

Research carried out at the University of York’s Neuroimaging Centre demonstrated that rather than simulating the perception of pain (something you may expect from having needles stuck in you) acupuncture was actually reducing the activity of the pain matrix within the brain.

Therefore it is possible that needles are simulating the nervous system to release neurotransmitters involved in pain-suppressing mechanisms – also possible due to the placebo effect. So, there need not be questioning over the affectability of acupuncture in conjunction with pain relief – there is strong evidence suggesting the two can go hand in hand.

We are under no illusion that acupuncture, for any ailment, ache or pain is hard to get your head round, especially for first timers. If you think acupuncture is something that may aid you do not hesitate to contact us in Exeter Acupuncture for more advice and information.