Auricular acupuncture is a form of acupuncture, in which the surface of the ear (auricular) is stimulated to alleviate pathological conditions in other parts of the body (Oleson, 2003). 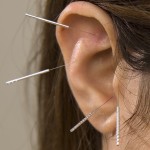 Although this form of acupuncture is thought to have initially evolved from ancient china, it was not until in the 1950’s where most development occurred. A french doctor named Paul Nogier was fascinated by some of his patients who had scars on the ears as a treatment for sciatica. The scars were from a cauterising procedure performed by a lay practitioner passed down from a chinese practitioner. After repeating the procedure himself with positive results his interest emerged.

In 1958 Dr. Nogier produced ear maps illustrating correspondences between diseased areas of the body and the ears surface. This was the origin of the inverted fetus map on the external ear. These models were then taken further and verified by the Nanjing Ear Acupuncture Research Team.

Today auricular acupuncture is perhaps best known for its use in detoxification programmes such as the NADA protocol, battlefield acupuncture for acute pain relief, and its use in the treatment of anxiety, insomnia and weight loss.

A study by Yale University of Medicine (2001) recruited 55 patients for a blinded randomised controlled trial to identify whether auricular acupuncture could decrease acute anxiety. Although no physiological changes were reported, the study concluded that the subjects receiving auricular acupuncture did experience a profound change in their behavioural anxiety levels. The researchers added that ‘the results of the study suggest that acupuncture maybe an effective treatment for individuals experiencing intense levels of daily stress and anxiety’. 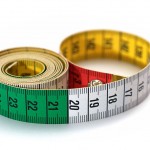 Richards and Marley (1998) explain that ear acupuncture stimulates the auricular branch of the vagal nerve and raises serotonin levels, both of which have been shown to increase tone in the smooth muscle of the stomach, thus suppressing appetite.

95% of the active group noticed suppression of appetite, whereas none of the control group noticed a change. The study concluded that frequent stimulation of specific auricular acupuncture points was an effective method of appetite suppression which leads to weight loss. (click here for paper)